While it is fun to take a trip close to home, one of the biggest adventures you can have is when you take the trip of a lifetime to an exotic location. One of the most amazing itineraries is touring the old Austrian Empire. The cultural heritage that Austria has given to the world is unsurpassed by any other ancient empire. This itinerary will take you to areas that are still somewhat undiscovered, giving you a look at how these areas have been for hundreds of years.

Take a trip through some of the greatest cultural capitals of the world by visiting some of the highlights of the Austrian Empire. Start your trip in Prague and attend one of the many concerts where people are playing the music of native son Antonín Dvořák. Spend some time gazing out at Prague Castle from the Charles Bridge and explore the Old Town, including the historic Jewish Quarter. As you are touring the synagogues and cemeteries, enjoy a traditional glatt kosher meal at some of the oldest restaurants in the Czech Republic.

Continue your trip in Salzburg, home of Mozart and The Sound of Music. Walk through the old town under the shadow of the majestic Festung Hohensalzburg, a castle that overlooks the city. Travel to Vienna via Melk Abbey, part of the Wachau UNESCO World Heritage Site. While in Vienna, visit the historic city center where the Habsburg dynasty ruled over Eastern Europe. Take in an opera performance at the world-famous Vienna Opera House and enjoy traditional Viennese food like Wiener schnitzel.

Budapest is the capital and largest city in Hungary. It is also a burgeoning city home to beautiful and unique buildings. Take a riverboat down the Danube and explore Buda Castle or the soaring Hungarian Parliament building. Be sure to enjoy a bowl of goulash, the national dish of Hungary.

Slovakia is a recent addition to the map of Europe, but it has a long and rich history. Nowhere is this more evident than in the UNESCO World Heritage site of Spiš Castle and the medieval town of Levoča. These locations have been around for over 700 years and are among the best examples in the world of medieval castles and towns.

From Slovakia, conclude your tour of the Austrian Empire by traveling to Krakow. Krakow is considered the cultural capital of Poland and is home to the incredible Wawel Castle. Take some time to visit the Wieliczka salt mine, an extraordinary city carved out of the ground by salt miners. While in Krakow, enjoy a traditional bagel and take some additional time to spend a half a day at Auschwitz, home to some of the most sobering displays of the full depravity of Nazi Germany.

While this is something you could do on your own, when you work with a travel agent to create a total vacation package you can make sure that there isn't anything left to chance and that your trip of a lifetime will be stress free and full of incredible memories. 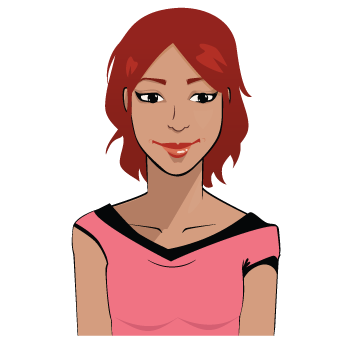